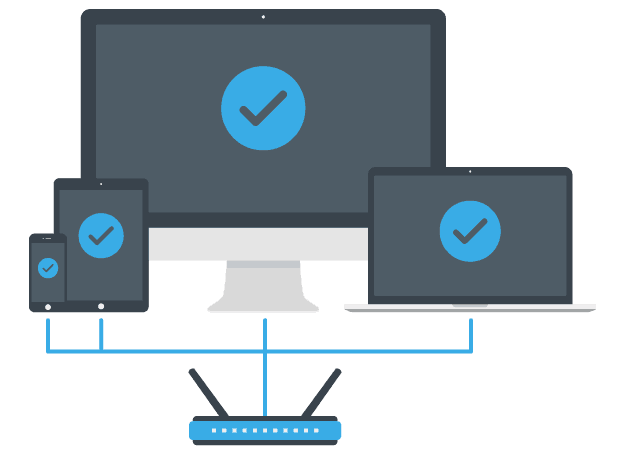 You can run your VPN from your computer, smartphone or almost any other device that you use to access the internet. However, with a VPN router, you won’t need to set up a VPN client on every one of your devices.

A VPN router allows you to run a VPN from the router itself, and therefore the network that you get from it will already be tunneled through the secure tunnels of your VPN.

All your devices will consequently be VPN protected every time you access the internet, and you won’t have to worry about forgetting to start your VPN.

Why Use A VPN Router

As mentioned above, the first benefit of using a router-based VPN is that though configuring the VPN may be a bit technical, once you set it up then you won’t be connecting a VPN every time you want to use it.

Secondly, any person who connects to your home network and does something that may draw the attention of the authorities won’t raise any alarm.

Still, if your VPN offers limited simultaneous access, you won’t have a problem with it since your router will only use a single connection to distribute to the whole house.

Further, you will be able to use the VPN on all sorts of devices without limitation. This means that you can access geo-restricted content on your Smart TV, Xbox, Play Station etc., devices which would otherwise have been hard to connect to a VPN.

The Downsides Of Using A VPN Router

While there are many benefits of running a router-based VPN, a downside or two are also bound to be there.

The first one that you have to deal with is the unavoidable reduction of your total bandwidth. Your whole network will be tunneled through secure and encrypted servers, and therefore you will note a decrease in speed.

However, with a quality VPN with good speeds, your internet will be just fine.

The other problem is that you will most probably have some trouble accessing local resources or information. Search engines customize search results depending on the location of your IP address and since your whole network is masked with a different location, you will not get localized results. You may even be unable to access your local bank.

If not, you may experience some considerable lag when accessing local resources. For instance, when connected to a UK Server while you are in the US, your traffic to access local resources will be tunneled all the way to the UK and then back, while it could have just been taken across the country.

However, the benefits of tunneling your entire network through a VPN hugely outweigh the negatives and therefore recommended.

Setting Up A VPN Router

To have a VPN covering the whole network, there are two major things that you have to consider;

The simple reason for the above is that not all VPNs support VPN routers, and not all routers can run a VPN. Setting up a router may however not be a straightforward process, and may prove too much for a tech novice.

Buying a router with a VPN client configured will go a long way into simplifying everything for you. It will save you the headache of having to deal with DD-WRT flashing. However, you need to make sure that the router doesn’t just have a “VPN Server” but a “VPN Client” or “VPN Client Mode.”

This is another option, albeit more involving. It requires you to have the DD-WRT firmware. This firmware are however free and available for a large number of routers. The firmware usually has a VPN Client mode, and so you only need to install it.

You can run the firmware on your router if its capable, or you can buy one that can be flashed. Flashing may sound a bit scarier if you haven’t done it before but don’t worry, it’s pretty safe for routers.

There’s a DD-WRT router database that lists compatible routers and so you can confirm your model. Each router has step-by-step instructions that can be followed to accomplish this.

You can also find some pre-flashed routers if you are not comfortable with doing the flashing yourself, but the companies that do the task charge a considerably premium price for it, and so flashing it yourself may be a better option.

Having a DD-WRT is just like running a business class router. It provides you with some great flexibility that you can’t get with regular routers. Here are some advantages of using a DD-WRT Router in addition to supporting a VPN;

We have seen why you should get yourself a DD-WRT VPN Router. However, choosing the best one can be daunting. In this section, I’ll take you through some of the best DD-WRT routers that you can purchase. 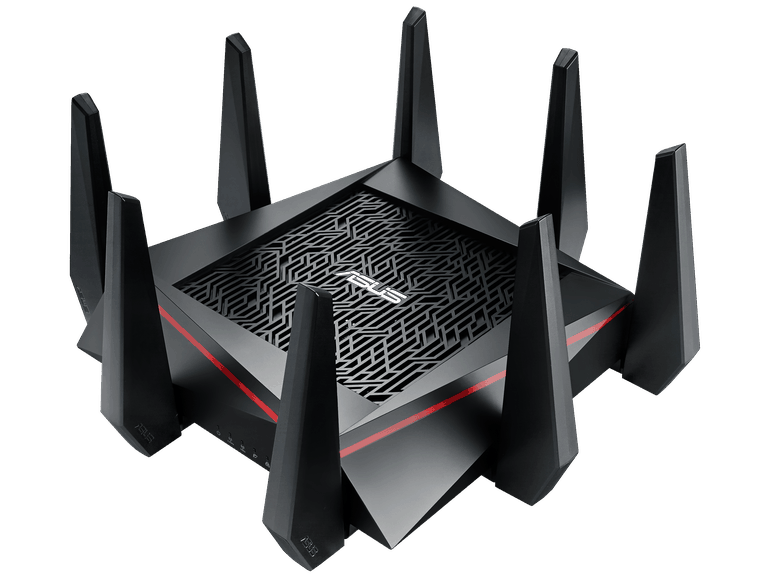 By the look of it, it looks like a robotic alien “facehugger”, and so is its performance too. This is one of the best Wi-Fi routers that you can get, and adding it a DD-WRT firmware only makes it a beast.

It features a 1.4 GHz processor alongside 8 external antennas which ensure a fantastic range. You can also set up two 5 GHz networks with the MU-MIMO technology which provides dedicated performance.

If you want to stream in HD or don’t want your gaming consoles to bring down your bandwidth, then this is the VPN router for you.

The following are its specs; 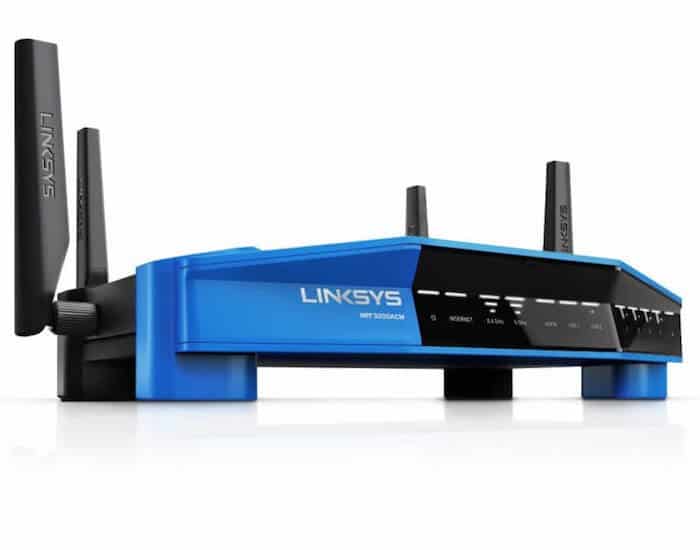 This Linksys device brings the classic WRT54G back, and makes it bigger and better. It feature’s Linksys Blue and Black traditional colors with an improved design and 4 antennas.

It has the fastest processor in a DD-WRT router but what sets it apart is its ability to support 160MHz channels which theoretically doubles your total bandwidth on the 5 GHz band. It has MU-MIMO technology and is suitable for intensive tasks such as gaming, Ultra HD Streaming and VPN Use. 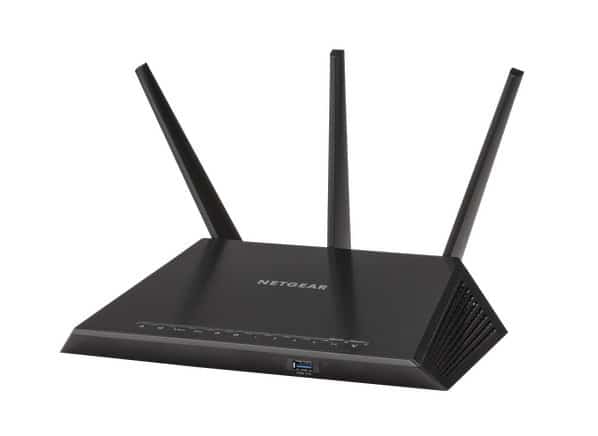 The Netgear Nighthawk R7000 is just as cool as its name suggests. It is a networking centerpiece that has more than enough power and style to make your VPN Wi-Fi business class.

The R7000 is a perfect fit if you want to save a few bucks but still get a router from the premium category. It has 3 removable antennas and a theoretical bandwidth total of 1.9 Gbps with a 3×3 dual-band approach. 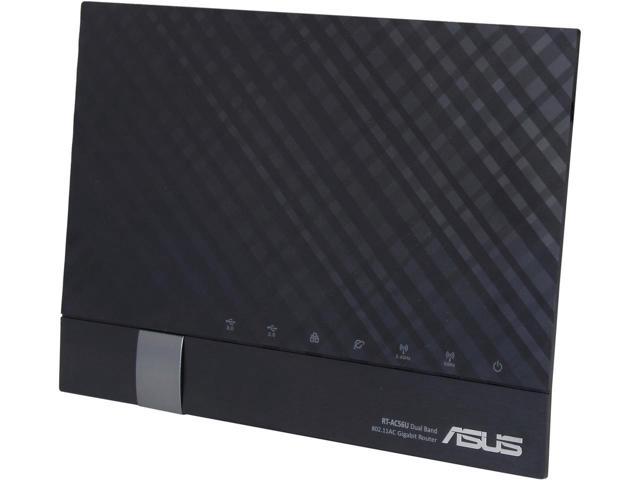 The Asus RT-AC56U is a supercharged 800 MHz Broadcom processor router, and one of the popular ones for home use. This is because of its high processing power and super performance.

It offers speeds of up to 1200 Mbps across the two bands and utilizes 4 internal high-efficiency antennas. When you install the DD-WRT router to this device, you won’t have to worry about buffering when streaming HD videos while using a VPN. 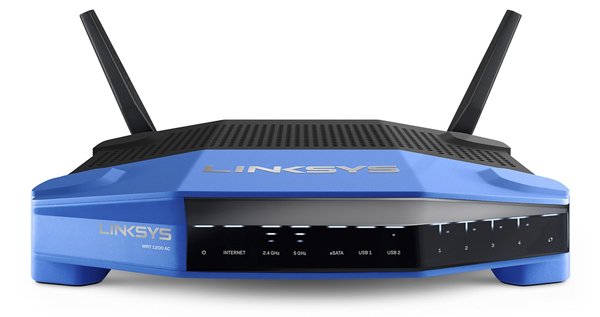 The Linksys WRT1200AC a top-performing router, and an excellent option for home use. It combines quality performance with a good Wi-Fi range.

The router uses a 1.3 GHz Dual-Core Marvell ARM CPU to deliver best-in-class AC1200 speeds. It has 4 Gigabit Ethernet ports which are 10X faster than Fast Ethernet. It also has USB 2.0 and 3.0 ports that can be used to share external storage devices or printers.

The above VPN routers are bound to give you quality performance, and can all be bought at flashrouters.com. However, as mentioned before, their prices are usually highly escalated after pre-flashing, and you’d be better off learning how to do it yourself or finding someone to do it for you.

When you get the router and have a good VPN running in it, you’ll have your whole network covered, and won’t have to worry about your security and privacy anymore!

previous
Sticky Password Review & Tutorial
next
What to Do if Your Identity Is Stolen? Enhanced Identity Theft Protection