Fans love nothing more than to watch NFL online. However, this raises the problem of exactly how do you watch NFL live streaming online? Moreover, is it possible to watch NFL online free? The answer rests on a good VPN service and some websites where you can connect to watch your favorite team playing. So read on to find out how.

In 2019, over 100 million people tuned into live television coverage of the Super Bowl and throughout the season, hundreds of NFL matches were screened live across the globe.

This is great for the millions of NFL fans around the world but what about those people who live in regions where live coverage of NFL games is blocked every season?

Not every live NFL game is available in each country around the world, with some, if not all games being subject to blackout. This is no way to treat fans of the greatest sport in the world.

But today you can have it all watching NFL online using a VPN.

There are cameras at every NFL game during the season and with live matches going out every Sunday, Monday and Thursday night, you do not want to miss any of the action.

By watching the NFL using a VPN service, you can ensure you will never miss out on any those special NFL moments, as they happen.

So, how can you use a VPN service to watch the NFL?

Firstly, when setting up a VPN to watch NFL it is important you have a good understanding of what a VPN connection is and how it works.

Your real Internet Protocol (IP) will be hidden and the IP given you to you by the VPN will show up in its place. All traffic will be encrypted through the VPN and therefore, you never need to worry about anyone getting into your files or emails.

This is a great added bonus to watching the NFL using a VPN. 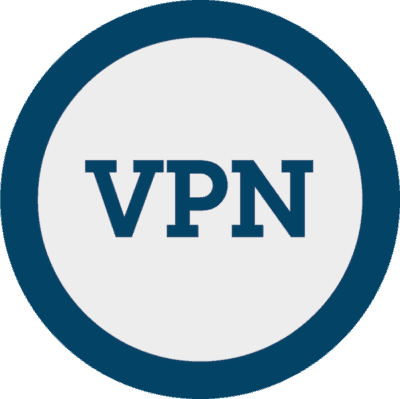 How Does Using a VPN Service Help You Watch NFL Live Stream Games?

Well, have you ever tried to watch video content online only to be told it is not available in your region?

This is essentially the same problem you have when trying to watch live NFL games. They are being blocked due to your location.

However, by using a VPN service, these videos and live NFL games do not see your actual location and this opens the feed for you to enjoy.

The good news is, you do not have to be an internet wizard to watch the NFL using a VPN service.

The top VPN providers, such as ExpressVPN, NordVPN and CyberGhost have created fantastic software, which makes using a VPN to watch live NFL very easy and at the same time, your privacy is protected.

It’s a win-win situation for all NFL fans around the world.

So, here is a short step-by-step guide on how you can watch NFL online using a VPN service.

Step 1: Get a subscription to Express VPN, NordVPN,or CyberGhost

Step 2: Download the VPN client and install it on your computer, tablet, smartphone or any device you like

Step 3: Choose a server located in America and connect your VPN to it.

Step 4: Check the schedules and go to one of the following websites, which will be showing the NFL game you want to watch: CBS, ESPN, Fox, NBC, NFL Game Pass, SlingTV).

Step 5: You can now stream NFL games knowing you are protected with an extra encryption layer and the ability to overpass geo-censorship.

Step 6: If you wish to use Sky Sports, the British sports channel to watch NFL Online, you should choose a server located in the United Kingdom.

Immediately, you can see how easy this and how it will help you to watch NFL live online, wherever you are in the world. If you missed out on the action of the 2016 NFL season, which saw the New England Patriots win the Super Bowl, in a stunning comeback against Atlanta Falcons, you must make sure you are set-up and ready for the 2017 NFL season.

Get Ready for the New NFL Season

The new NFL season is due to begin with the traditional Kickoff Game which will be played on  10th September 2020 and feature the current Super Bowl champions.

The game is going to be televised live by NBC, an American television broadcaster.

If you live outside the USA, you will not be able to watch their live coverage of the game, as you will be blocked because of your IP address.

However, by using a VPN service as mentioned above, you will have full access to live coverage of the 2017 NFL Kickoff Game and every televised regular season NFL game after that.

The live 2017 NFL coverage will be split between several American television stations, including CBS, ESPN, Fox, and NBC.

Again, if you live outside the United States, it immediately becomes impossible to watch these channels and you will be missing out on watching live NFL during the 2017 season.

British television channel, Sky Sports, will also be showing live coverage of NFL games but again, if you do not live in the UK, you will be unable to view this channel.

However, thanks to VPN services, you can gain access to this channel and the American channels which are all showing live NFL games.

Thanksgiving Day is a popular day for watching NFL and you can enjoy all the action this season using a VPN service, such as ExpressVPN or Hide My Ass.

Here are some of the most important dates for the 2020-21 NFL season.

The regular season will start on September 10, 2020, with the traditional Kickoff Game and will end on January 3, 2021.

Starting on January 9, 2021, have your NFL VPN ready to not miss the excitement and the emotions of the playoffs.

On January 31, 2021, the appointment is in Paradise, Nevada for the Pro Bowl.

In 2021, the Super Bowl LV will be played on February 7. The appointment is in Tampa, Florida. However, doesn’t matter if you cannot be there or if you are not in the USA. You can use a VPN to watch the Super Bowl online and enjoy the action.

Do not miss any of the live 2020/21 NFL games, wherever you are in the world, by using a VPN service. Check out the best VPN services for watching live NFL games below and get ready for another exciting season of hard-hitting action.

Who can forget the greatest moments in NFL history, such as the catch by Dwight Clark in the 1982 NFC Championship Game for San Francisco 49ers? It led to the defeat of the Dallas Cowboys, who had been doing well under long serving coach Tom Landry and saw a great spell of success for the 49ers throughout the 1980’s.

Then there’s the 1958 NFL Championship game, which will go down as one of the best in the history of the National Football League. The game between Baltimore Colts and New York Giants was the first NFL playoff game to go to sudden death overtime. It is credited as being the game which saw the NFL become the huge success it is today.

Other fantastic memories from past NFL seasons and games include the year the Miami Dolphins went unbeaten in 1972 and the first match to be played on a Monday night, between the New York Jets and Cleveland Browns in 1970.

Then there are all the memorable times from the season ending finale of the Super Bowl and those special moments which are personal, to fans of specific teams. They may not mean much in the grand scheme of the NFL but for the fans, mean everything.

It’s these little moments in games, such as a big hit, great pass or interception and 50-yard touchdown which makes the NFL special. It’s an event every sports fan around the world wants to watch. The great news is, it is possible to watch the NFL live, wherever you are based in the world, using a good VPN service.