Wimbledon is the oldest tennis tournament in the world and it’s widely regarded as the most prestigious.  With all the hype that this tournament brings, we understand if you don’t want to miss any of the action. That is why we’ve come up with a list of the best free channels where you can watch wimbledon live stream.

However, you will note that all the Wimbledon live stream free channels are geo-restricted. This means that they can only be enjoyed by people who live in the various areas. If you have traveled out of the country or you just don’t live there, you will have to rely on a VPN. We will give you, therefore, a list of the best VPNs that will let you watch Wimbledon live.

This year’s Wimbledon edition starts on Monday 2nd July and stretches up to Sunday 15th July. The women’s final are to be played on 14, while the men’s finals are on the 15th.

Out of the various ways you can stream Wimbledon 2018 live, these are our top pics. They are all free and completely legal, and so your viewing experience won’t be hindered by annoying ads and too much buffering. 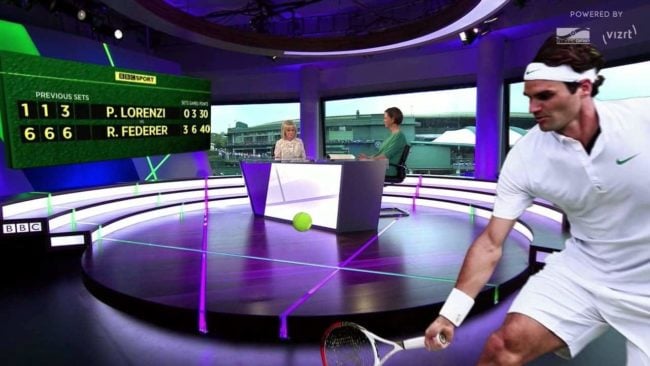 BBC has been hosting Wimbledon since 1937, and this year is not an exception.

Actually, it’s the 90th edition of the same, and so expect it to be epic. BBC is your best bet if you want to enjoy Wimbledon live streaming free. The streaming giant provides complete coverage of the event, splitting the broadcasts between BBC 1 and BBC 2.

According to the official website, “BBC Sports website and app will feature 15 live HD video streams to capture the action from every court. The site will also provide commentary, audience interaction, rolling highlights, in-depth pundit analysis and infographics.”

All this sounds perfect, but there’s one problem: BBC only streams in the UK.

If you have traveled out of the country or live outside the UK, then you will need to rely on a VPN. Don’t worry though, as we’ll give you a list of the best VPNs to watch Wimbledon live stream from the BBC. 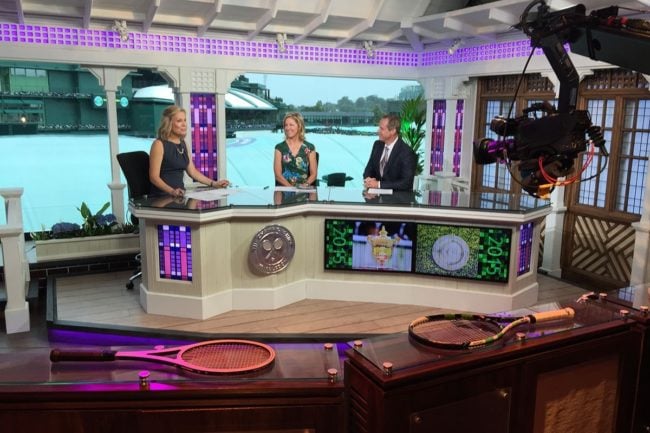 If you are in the US, then the best place to watch Wimbledon live is on ESPN. They have the rights to broadcast the whole tournament, and so all you need to do is tune in to ESPN and ESPN2 live streaming. The problem is, to watch ESPN, you will need to have a broadband subscription cable connection like Comcast or Verizon.

However, you can still work around this. There’s a relatively new streaming service called Sling TV. Sling TV gives you access to most TV shows and channels that run in America. The good thing about Sling TV is that they have a 7-day free trial. The tournament runs for two weeks, and so with a week’s pass, you can enjoy enough coverage of the Wimbledon tournament on ESPN free.

However, to use Sling TV, you will need an American credit card as well as to be in the US. As for the card, you can just borrow one from a friend. After all, they won’t be charged. For the second part, you will need a VPN. A VPN will help you disguise your location and appear as if you are in the US.

A VPN allows you to watch geo-restricted content by encrypting your traffic and securely sending it to a VPN located in the permitted area. You are then given a new IP address that brings you a new online identity. If you had connected to a server in the UK, your traffic will now appear to be from the UK.

However, most streaming services block VPN traffic. BBC iPlayer started blacklisting VPN IP addresses in 2015. You will, therefore, need to choose your VPN carefully so that you don’t choose a VPN that doesn’t work. We have decided to take the sting out of this process for you, and come up with a list of VPNs that actually work with BBC iPlayer and the other streaming services.

This is the best VPN services of 2018 in which you would have to dig really deep to find a fault. NordVPN may be known for its security, but it’s an all-around VPN that superbly suits sports streaming. The VPN promises users an ‘internet with no borders,’ and they live up to that by providing internet access to all regions and streaming services.

You will rarely have any trouble while streaming Wimbledon live with NordVPN, and unlike most VPNs, it doesn’t have connection issues. You can use the less secure PPTP protocol to improve speeds, though the IKEv2/ IPSec can work just fine. NordVPN also has a 30-day money-back guarantee to let you try out the service. 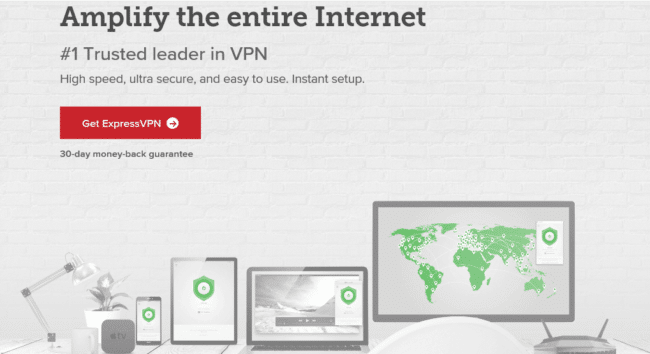 ExpressVPN can be termed as the best VPN for streaming. This is because there’s no streaming service that the VPN doesn’t unblock. Further, it is also one of the fastest VPNs that you’ll ever use. The VPN provider even makes a bold claim and refers to the service as the ‘fastest VPN on earth.’

ExpressVPN lives up to this and compliments itself with an all-around reliable service. With 1,500+ VPN servers in 148 VPN server locations and 94 countries, there’s no region you can’t access with Express VPN. Though priced a bit high above other VPNs, ExpressVPN is worth every dime. They also back that up with a no-hassle 30-day money back guarantee.

In our ExpressVPN review, you can find all the details that make this provider one of the best option on the market. 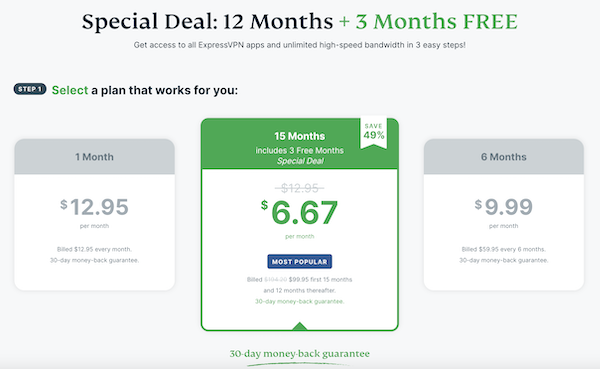 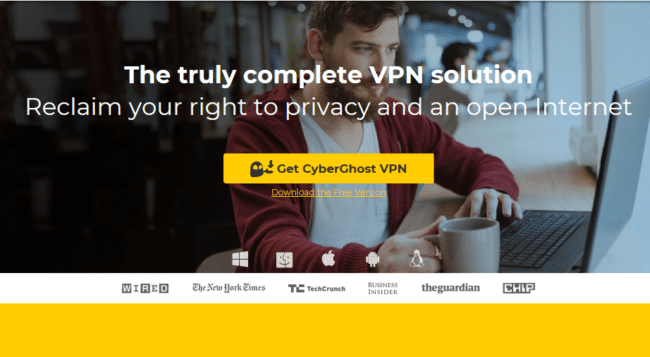 If you feel that ExpressVPN is highly priced, then here’s the best alternative. CyberGhost is a VPN that has undergone many changes in the recent past and is now one of the best streaming services. The VPN unblocks the big-name streaming services with ease and offers you super speeds as well.

CyberGhost is also feature-packed, and with P2P capabilities, you can also enjoy torrents after Wimbledon. The VPN gives you 7 simultaneous connections with unlimited bandwidth to let you stream Wimbledon live with no restrictions. They have a 30-day money back guarantee. 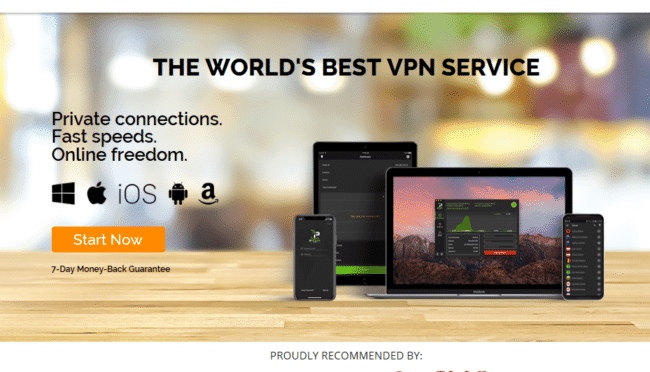 IPVanish has for long been the favourite VPN amongst avid streamers, and especially those that use Kodi and Firestick. This is because IPVanish ticks all the boxes that you would want in a VPN for streaming. The VPN is super fast, has a huge server network, unlimited bandwidth, and gives access to geo-restricted streaming services.

IPVanish is a tier 1 VPN provider for the fact that they own their server network. This improves the VPNs privacy, reliability and even speeds. The VPN has a 7-day money back guarantee that is also hassle-free as explained in our official IPVanish VPN review.

The ‘VPN donkey’ or HMA VPN promises freedom for all with a quick, easy and secure internet. HideMyAss has servers all over the world and can be used to unblock content from virtually anywhere. The VPN suits Wimbledon live streaming for the fact that they have very many servers in the UK that give access to BBC iPlayer.

This is complemented by their great speeds and easy to use clients with an impressive sleek design. With 5 simultaneous connections, you can enjoy HMA with the whole family. They have a 30-day money-back guarantee should you feel the VPN hasn’t lived up to your standards.

We listed all the features in our HMA VPN review.

If you are a tennis fan, then you can’t afford to miss the sport’s greatest tournament. Of the two best options that we’ve given you, BBC iPlayer seems to be the best option for streaming Wimbledon live free.

Let the geo-restrictions not stop as you can just use a top VPN and make that a thing of the past. The above premium VPNs should get the work done for you.