Having been in operation since 1998, Avast has been developing applications to keep you and your information safe. They have become one of the biggest names in the Antivirus and Online Security world, and they now have Avast SecureLine VPN to top it up.

Avast SecureLine is a VPN meant for those whose perception of a VPN is unobtrusive and straightforward. SecureLine comes as an addition to Avast Free Antivirus or a dedicated VPN client that just opens up as a small window on your desktop with as much simplicity as it gets.

The VPN is Czech-based which is excellent and being from Avast, it easily earns the trust of users. In this Avast SecureLine Review, we will explore the VPN in detail to help you determine if it’s the VPN for you.

Avast SecureLine has a number of pricing options for consumers. When paying up for the VPN service, you first need to decide whether you need a single device account, or a multi-user account.

For the mobile platforms, there’s a $19.99 per year package which secures up to 5 devices. The structure applies for both Android and iOS.

Though flexibility is good, I have to acknowledge that Avast SecureLine plans are quite confusing. A user needs to take quality time to analyze them and decide what to pay for. A little more simplicity like with most other VPNs would be welcome.

While testing the VPN for this SecureLine Review, I noticed the prices are a bit lower when you purchase the VPN through the app. 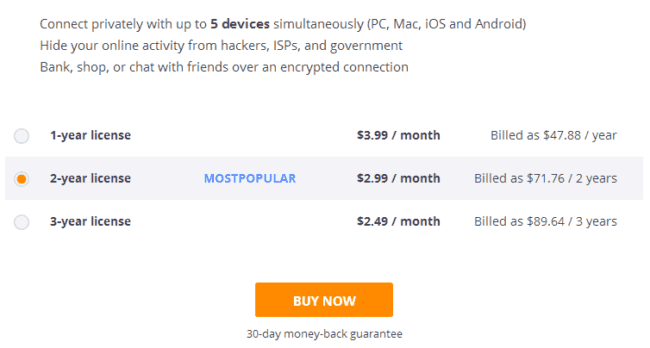 Thankfully, they offer a 30-day money back guarantee in case you subscribe to the wrong package.

Avast SecureLine is majorly built for users who just want security, and so if you are looking for the most complicated features, you won’t find them here.

However, Avast SecureLine is perfect for users who already utilize the power of the Avast Antivirus or just want a simple VPN to keep them safe.

The VPN interface is quite presentable and user-friendly to cater even for those that don’t have the VPN technical know-how.

Avast SecureLine is quite compatible. It offers support for Windows devices from Windows XP, Vista, 7, 8 and 10. Mac OS X, 10.9 x and above are also supported. This is in addition to mobile platforms Android and iOS.

A single account can help you secure up to 5 devices. However, Avast is quite tricky here, as an account can only be used with similar devices. For example, if you have a Windows VPN account, you can not use it on your Smartphone and Vice Versa. This means that you have to be extra careful with this VPN when selecting a pricing plan.

Being a young VPN, Avast SecureLine doesn’t boast as many servers as those offered by the big dogs in the VPN industry. The VPN has an average set of 49 locations across 23 countries. These servers cover the most usual locations with several cities across the US, China, Eastern and Western Europe, Russia, Turkey and other countries covered.

As the VPN continues to grow its user base, the number of servers and countries keeps on improving. 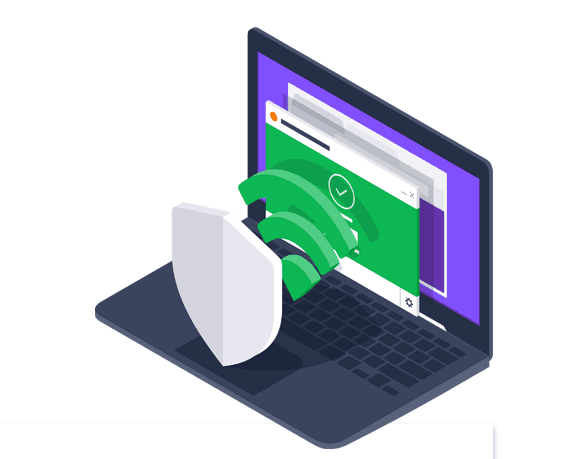 Regarding security, Avast SecureLine performs quite well. For encryption, the VPN uses AES-256 encryption, which is very secure. It also uses the OpenVPN protocol on Windows and Android, which provides the best balance of speed and security. However, it doesn’t offer the option to change the protocol. Mac and iOS users use the IPSec protocol instead.

During our Avast SecureLine review, we also noted that Avast fixed a DNS leak issue and now ensures that no DNS leaks can put your security at risk. 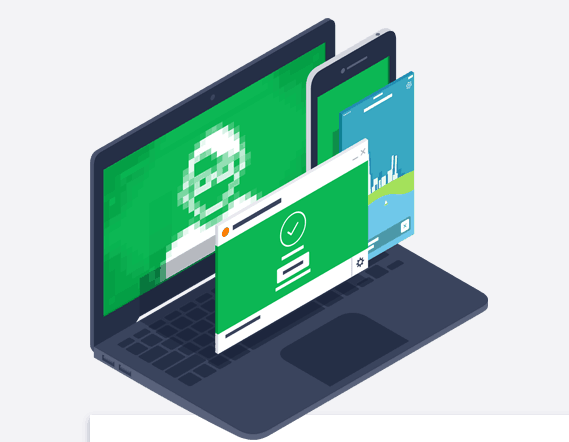 Avast SecureLine is a top performer when it comes to security. First, being headquartered in the Czech Republic means that the VPN is free from mandatory data retention laws. They, therefore, don’t retain your data with them.

However, they do collect some metadata such as time of location and your network location. This is understandable to help the VPN providers track the progress of the VPN. Otherwise, they do not keep your data content. Further, the collected metadata is deleted within 30 days, leaving no trace at all.

If you like torrenting, then you are in luck. Avast SecureLine allows you to share files on its servers. This option is however not available on all servers, which is reasonable. P2P servers include Prague, Frankfurt, New York City, Amsterdam, London, Miami and Seattle.

Avast SecureLine is one of the few VPNs that can actually unblock Netflix US and most other streaming sites worldwide. This may be partly due to the fact that the VPN doesn’t have a huge user base. Regardless, SecureLine VPN unblocks Netflix US.

Avast SecureLine’s interface is quite straightforward. Once installed, the client opens up a small window on your desktop. You then get an option for the 7-day free trial. What I really liked here is that you don’t even need an account to try out the VPN.

The VPN window offers just a single button, which is the ‘Connect’ button. Clicking this button lets the VPN identify the optimal server depending on your location, and then connect to it. Beside it is a drop-down menu button that gives you a list of all the servers you can choose from.

Further down right is the settings option, which doesn’t offer much apart from letting you choose a language and decide whether Avast SecureLine connects automatically or prompts you to connect.

In two words, I found the client to be Pleasant and Simple.

The second method of using the Avast VPN is by just utilizing the inbuilt VPN in the Avast Antivirus system.

This feature operates the same way as the dedicated VPN client. To access it, open Avast Free Antivirus. Go to Privacy, and then select SecureLine VPN.

The Interface has the Connect button, and down below is a display of the selected server. Besides it is a ‘Change Location’ button that lets you choose your preferred location.

Here, the servers are grouped mostly in terms of geographical location, and it’s easy to identify one.

The settings are quite straightforward, and they are something you can do without.

All VPNs are bound to have an impact in speed since your traffic is encrypted and taken through a number of computers. However, the Avast VPN performed far much better than the average VPN would do.

The decrease in speeds was only by 27%, which is quite okay. However, it’s important to note that the farther the server, the more the reduction in speeds.

Here is the original speed without a VPN

Here is the new speed after connecting to a server in another country not far away.

Avast offers excellent support for its VPN users. On the website, there’s a support section that is filled with a lot of useful information for both starters and advanced users.

Further, Avast offers a 24/7 phone support and ticketing system that you can use anytime you need to make an inquiry or report an issue. The staff are quite helpful, and they respond promptly. The Avast Website doesn’t offer a Live Chat System, but you can access their live online support forum.

Avast SecureLine is an easy-to-use VPN that offers great performance. If you already use the Avast Antivirus, then activating the VPN is a no-brainer, and it’s highly recommended. If advanced and complicated VPN settings are just a waste of time for you and you just need a VPN that can guarantee you safe browsing, then Avast SecureLine is for you.

previous
Ever Wondered What Exactly is a Firewall? Here's Your Answer!
next
RUSVPN Review