Iran is one of the most notorious countries for Internet Censorship. A VPN for Iran is a must to access the Internet.

Contents show
Even More Internet Blockage
How Does A VPN Work In Iran?
Can YouUse A VPN And Bypass These Blocks?
Best VPN For Iran To Bypass Internet Censorship
1. ExpressVPN
2. NordVPN
3. IPVanish
4. HideMyAss
5. CyberGhost
Conclusion

By 2013, the country had banned almost half of the most popular websites in the world, with Facebook, Google and Youtube not left behind. Apart from blocking these sites, it has also established strict programs that monitor internet usage and tough laws that govern access to ‘undesirable content’.

As if that is not enough, the government monitors all users’ internet activity. If you try to unblock banned websites without a very secure connection, you will be exposed and possibly face legal charges.

As the rest of the world got ready to celebrate the new year on 31st December 2017, telecoms providers in Iran started blocking internet access across several cities in the country as mass protests erupted for the third day in a row.

This was done as social media continues to play a crucial role in documenting the ongoing mass protests as well as the ensuing ruthless suppression of peaceful demonstrators in the country.

Internet Censorship and blockage has been a strategy of the Iranian government for long. Their decision to suppress websites and organizations that criticize the government and their religious believes and practices is frustrating.

This, therefore, calls for any person residing in Iran or traveling to Iran to employ a strategy of bringing back internet freedom in Iran and evading internet censorship.

If you are among those of us that don’t agree with this Internet Censorship, the best alternative is using the best VPN for Iran 2018.

How Does A VPN Work In Iran?

Normally, a VPN encrypts your traffic. It then directs this traffic to a server of your choice. In our case, you need to select a server outside Iran.

After you have connected to the server, your traffic will be secured, and you will be given a new IP address that is not Iranian. Since websites are blocked using the IP address, you will now be able to access restricted websites in Iran.

Can YouUse A VPN And Bypass These Blocks?

Using a VPN  is not straightforward in Iran as you might think. The Iranian government has put in place good systems for its internet censorship programs. The first method is IP blockage.

Since the government controls the ISPs, they block IP addresses that are used by the most popular VPNs in Iran. To counter this move, some of these VPNs refresh their IP list, which engages both parties in a cat and mouse game.

The other strategy which is even more powerful is Deep Packet Inspection (DPI). This is a method used to detect VPN traffic. It works because VPN traffic is ordinarily different from regular traffic. The systems, therefore, block any traffic that uses VPN ports. This renders most VPNs unreliable, or even utterly useless in Iran.

The Best VPNs for Iran have learned to circumvent this too, and they offer obfuscation methods that make VPN traffic appear like regular HTTPS traffic.

To help you choose the best VPN for Iran in 2018, we have researched for you and come up with the top 5 VPNs for Iran to bypass internet censorship.

ExpressVPN uses a 256-bit SSL secured connection which is a highly encrypted method of accessing the internet. Such security ensures that none of your online activities can be tracked or traced.

ExpressVPN also employs an infrastructure that is very well optimized for HD video streaming and torrenting. Iran in itself has very low internet speeds and since a VPN normally reduces them further, great VPNs speeds are a must. The VPN has a total of 1700+ servers in 136 cities distributed across 87 Countries in 5 continents.

ExpressVPN partners up with the EFF and aligns itself as one of the Internet’s leading advocates for net neutrality and for a democratic and open internet.

NordVPN is another of the best VPNs for Iran. It offers a great combination of obfuscation and privacy features. One of their best features that suit Iranian use is the Kill Switch feature and DNS leak resolver that protect users from unexpected data leaks.

For Obfuscation, NordVPN uses Obfsproxy. They provide a guide of how to set it up for those who are not familiar with the feature. Additionally, they offer Tor over VPN which works well in Iran.

NordVPN has an incredible 2380 servers located in 56 different countries across the world. This is a remarkable number which ensures that you won’t get congested with other users on the same server. 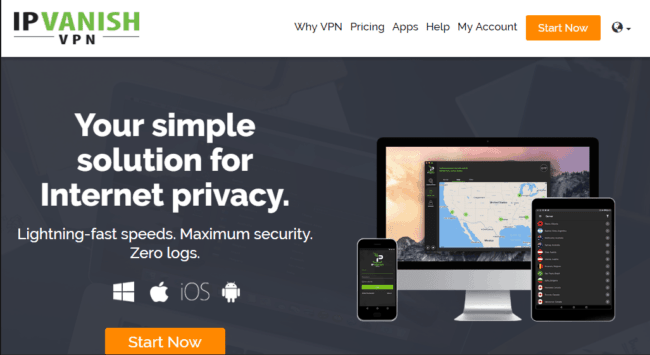 Perhaps the biggest offer of IPVanish to Iranian users is the fact that they fully own their network, and therefore the VPN is not subject to restrictions imposed by ISPs or hosting providers. This lets them control their app and server software development inside, as well as managing their DNS services and customer support.

Apart from that, IPVanish offers an obfuscation option for Iranian users that protects you from DPI. It works through “scramble” which disguises packets to make them look normal and un-encrypted so ISPs will have a hard time detecting that the VPN is being used. Further, they also have a Kill Switch, a DNS leak protection and an IPV6 leak protection. Together, these tools guarantee top security and privacy such that an ISP can’t trace you.

IPVanish is also known for keeping a zero log traffic policy that helps keep users anonymous. The VPN has 40,000+ shared IPs and 950+ VPN servers across 60+ countries.

HideMyAss in another choice for Iran users.  The VPN offers a great way to bypass internet censorship that is so harsh in Iran. The VPN features one of the most impressive VPN software in the world. In their software is a Kill Switch known as IP-Bind Technology. With this feature, you won’t get exposed when VPN connection drops.

HideMyAss will protect your digital identity by letting you connect to any of its 790+ servers located in 280+ locations. The servers are distributed in more than 220 countries and have at their disposal more than 2.900+ IP addresses.

The VPN’s combination of strong encryption and features that come with it put HideMyAss VPN among the best VPNs for Iran.

Cybeghost Pro is another great VPN for Iran. The VPN combines some of the best features with reasonable pricing. This, in turn, ensures that you as the user gets the best value in the market.

Cybeghost VPN has about 1300 servers all over the world and is known for its high speeds and the excellent functionality. This is great for Iran as the internet speeds are low. In some cases, Cyberghost even registers an improved speed with the connection than without the connection!

Further, it has an automatic Kill Switch that immediately shuts your internet connection in case your VPN connection drops. It also has DNS and IP Leak protection to prevent you from being tracked by ISPs. Its strict Zero Logs policy is also an attractive offer for strict countries like Iran.

However, if you are going to use a VPN and stay safe in Iran, make sure you use the Kill Switch and Obfuscation features. Its also important to note that most VPN websites are blocked in Iran, so you might have to consider downloading your applications before visiting the country.