Looking on the outside, Canada appears to be the friendly neighbor in the North. This is especially because their friends, the US, are widely known for far-reaching legislation that slays digital privacy utterly.

However, Canada is not far much better when it comes to government surveillance. This is large in part due to the 2015 Anti-Terrorism Act that gave intelligence agencies the power and authority to gather and share information for security purposes.

Why Do I Need A Canadian VPN?

Apart from being keen to monitor online activities, there are also other factors that make Canada no better than the US in online privacy.

Canada is also a member of the Five Eyes. Five Eyes is an Intelligence alliance comprised of the US, the UK, Australia, Canada and New Zealand. This organization was formed way back in 1946 with the aim of sharing intelligence to strengthen each country’s national security.

This means that if you’re being monitored in Canada, there’s a good chance whatever information is collected about you is accessible to intelligence agencies in those other countries.

Canada also has some legislation that though they initially meant good, they infringe the privacy of internet users. The Legislative Bill C-11, which is also known as the Copyright Modernization Act, was implemented to fend off copyright piracy. However, to do so, an ISP is required to “retain records that will allow the identity of the person to whom the electronic location belongs to be determined, and do so for six months.”

This is in addition to the Anti-terrorism Act of 2015 that allows the police, government, and CSIS to share data with the other Five Eyes states.

These factors work together to undermine the privacy of all Canadian internet users.

Anybody who lives in or wants to visit Canada but feels their privacy is being infringed upon has to seek a remedy, in the name of a VPN.

How Does A Canada VPN help?

When you connect to a VPN, it encrypts all your internet traffic and then routes it through a server in a location of your choice. Through this process, you get a whole new identity through a unique IP address.

This means that your ISP can no longer keep track of your online activities. They won’t know what sites you visit, how often, or even what you do there. This means that you can even do torrenting without fearing any action being taken against you.

However, you have to have a completely secure and private VPN for Canada. I say this because different VPNs offer different functionalities and features. Some VPNs keep logs of user activities, while other have IP and DNS leaks that may lead to you being exposed.

To save you the hassle, we have done the hard task for you and sampled the best Canadian VPNs for 2018.

NordVPN is arguably the best Canadian VPN for people focused on security. First, the VPN is based in Panama, which is a very friendly country in terms of data retention laws. Second, the VPN employs a double-hop feature that tunnels your traffic through two VPN servers. This means that security is doubled and you can be sure your traffic isn’t useful to any third party who may try to intercept.

The VPN also employs a zero-logs policy, and therefore doesn’t keep your usage data. This is in addition to its military-grade encryption, DNS leak protection, and a kill switch that halts all internet traffic in case your connection drops.

NordVPN has an incredible 2380 servers located in 56 different countries across the world. The providers have tried to make it as useful as possible for Canadian users by offering plenty of coverage. NordVPN has 83 local servers for Canada, and another 440+ south of the border, and most of them allow torrenting. This is the largest number os Canada servers offered by a VPN.

NordVPN is quite affordable, and it has a 7-day free trial that you can use to test out the service, on top of a 30-day money-back guarantee.

CyberGhost VPN is another great option for Canada. The VPN is located in Romania, something that highly boosts user privacy. In March 2017, there arose attention as the VPN was bought by an Israeli firm registered in the UK. However, the company stated that the VPN would not be compromised and would remain in Romania.

This protected the Zero-logs policy that they offer alongside their 256-bit AES encryption and SHA256 authentication. They also have a DNS and IPv6 leak protection that ensures that web requests are not sent outside the VPN tunnel. It is also one of the most reliable VPNs in threat detection. The VPN even deters you from opening a malicious website.

CyberGhost is highly respected due to their dedication to become the best. They offer 1300 servers all over the world which have very high speeds and excellent functionality. They have a total of 26 servers within Canada, boosting its chances to become the top Canadian VPN.

CyberGhost VPN is very competent regarding speeds, and you will only lose the minimal percentage regarding speed. Signing up for the VPN is quite straightforward, and their plans are quite flexible.

ExpressVPN comes out top our best VPN for Canada 2018 list for quite a number of reasons. First ExpressVPN is incorporated in the British Virgin Islands, which is an independent county and is not within the UK’s jurisdiction.

ExpressVPN is also respected for its strong privacy laws and the fact that it keeps zero logs. This, therefore, means that you don’t just avoid your ISP but expose yourself to the VPN company. VPNs that keep records can be ordered by a court to provide user details, and ExpressVPN isn’t one of them.

ExpressVPN features 1700+ servers in 136 cities distributed across 87 Countries in 5 continents. This is quite a massive number of servers to make sure that you can never be clogged with many other users in the same server. The VPN becomes, even more, a Canadian VPN by offering servers in Montreal, Toronto, and Vancouver. Their servers are known for their ultrafast speeds.

ExpressVPN also offers the OpenVPN protocol among others and protects your data with 256-bit encryption. The VPN is highly compatible, offering VPN apps for almost all platforms. It has a 30-day money back guarantee that you can maximize to the fullest. 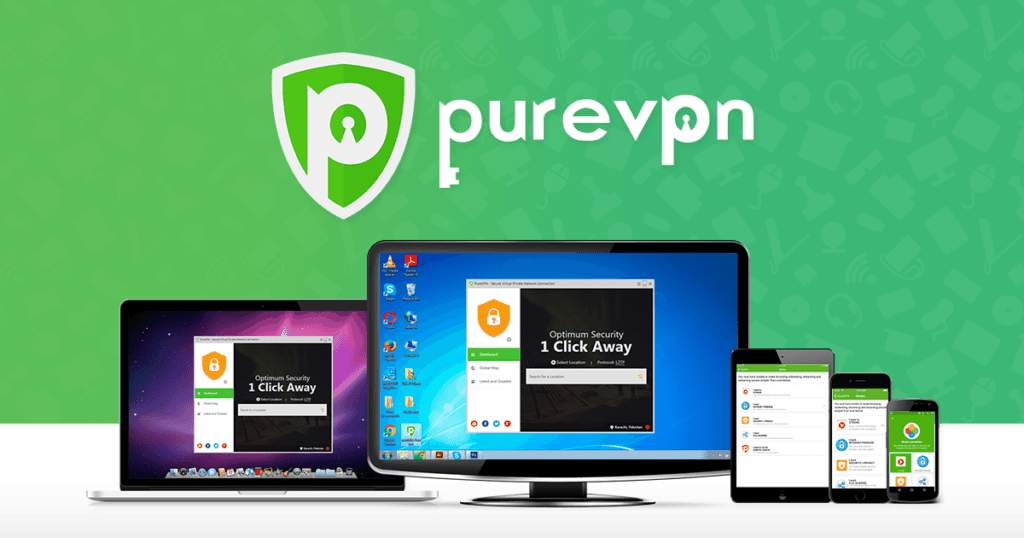 PureVPN can be described as one of the most reliable Canadian VPNs. The VPN has been in existence for over 10 years, and it has managed to capture a huge user base. PureVPN comes with a software that is very easy to use, and its features can be utilized by beginners comfortably.

PureVPN has over 750 servers in 140+ countries. One of these countries is Canada, and the Canadian servers for PureVPN are in Montreal, Quebec, and Vancouver. Their servers allow you to make the switch anytime you want, in case a tunnel of the VPN is not performing up to your expectations. You can also interchange the server by what you are doing on the internet.

PureVPN has some great features that it offers its users. These include an Anti-Malware to protect your device at all times, an Intrusion detection and prevention system, Ad-blocking and URL filtering to block spammy websites.

PureVPN takes care of your privacy by offering zero logs together with 256-bit encryption to protect and safeguard user’s data from falling into the wrong hands. In Canada, their customer support works 24/7. 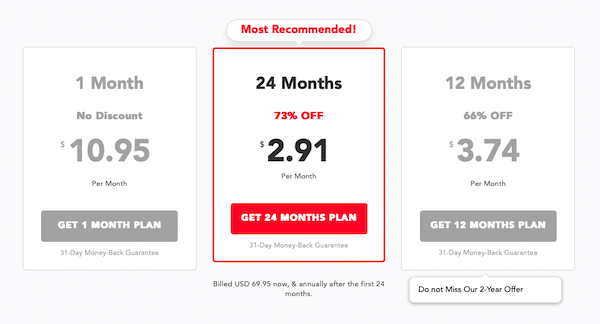 HideMyAss makes it to our list of the best VPN for Canada. HMA can be described as the network with the strongest network among VPNs for Canada. It has a huge number of servers across the world and millions of users. The company has built its reputation along the years and it is totally focused on providing a highly efficient and easy-to-use VPN connection.

HMA uses 256-bit encryption and some high-tech security features to ensure total security and great performance. It enhances your safety by offering IP binding and IP address changing features that automatically replace your IP address with a fake one in the case of any security threat or potential hack.

Its servers are also fast and therefore you won’t have much to worry about if you want to stream HD content while in Canada.

The HMA client is a great selling point of this VPN. It is easy to use and offers a lot of cool and functional features that make it one of the best Canadian VPNs. The VPN offers Bitcoin payment as an option if you want to remain completely anonymous. Their 30-day money back policy gives you enough time to evaluate the VPN yourself.

While doing this Best VPN for Canada 2018 guide, we kept in mind the specific needs of Canadian users. Privacy and security were on top among others, due to the tough Canadian legislation.

We have not listed any free VPN, and you should try to avoid them in Canada. A good and secure VPN costs money to run, and you only get what you have paid for when it comes to VPNs. Free VPNs also have to make money, and they will most likely compromise your privacy to make money. This may even include selling your data!

However, the above selection of Canadian VPNs will work just fine. Remember to connect your VPN before going online, especially if you torrent often.

previous
How To Stream Formula One With A VPN : F1 Season Full Guide
next
4 Best Alternatives to Popcorn Time