A VPN, short of virtual private network allows a user to create a secure connection to another network over the internet. The most common uses of a VPN is to secure data, getting access to torrents and other restricted services. Today we will discuss the best gaming VPN used by the best online gamers.

Contents show
How Does A Gaming VPN Work?
Why Use A VPN For Gaming?
Features That Describe The Best VPN For Gaming
5 Best VPNs For Gaming
ExpressVPN
VyprVPN
IPVanish
NordVPN
Iron Socket VPN
Conclusions On Gaming VPN 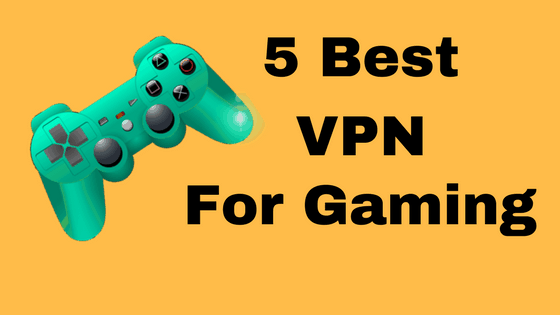 Online gamers want the fastest connection to the game servers they can access. Since VPN slows the connection, gamers rarely use it.

Over the past few years gaming has evolved which made gaming VPNs very popular.

Most of the VPN providers grew large and reliable Tier-1 networks which means that they provide faster connection speed. On top of that they have also came up with ways to shorten the route between the users and the gaming servers.

This has greatly improved the experience of using gaming VPNs since they also protect a user from DDoS attacks.

How Does A Gaming VPN Work?

A gaming VPN encrypts all the traffic of a device and directs it through an intermediary server (VPN server).  It ensures the user gets a secure gaming experience.

The encryption and re-direction generally slows down the connection and tend to increase lag.

Why Use A VPN For Gaming?

Although gaming using VPNs has its limitations, gamers can find numerous ways to utilize VPNs. The following are the benefits that a VPN offer gamers:

Features That Describe The Best VPN For Gaming

ExpressVPN is considered as the best VPN for gaming in the market. The server selection is very wide. You can choose from 145 cities in 94 countries across the world.

ExpressVPN offers users with unlimited speeds and unlimited server switches, you can connect from anywhere in the world.

Being one of the largest VPN provider in the market, ExpressVPN has everything an online gamer would wish for.

ExpressVPN apps are easy to use and compatible with all modern platforms. The VPN software is regularly updated for Windows PC, Linux, iOS, Mac and Android devices.

The network they offer is SSL secured and brags 256-bit encryption that is sure to allow you fully anonymity while online.

ExpressVPN set up guides and information articles are available at the support center. The guides contain screenshots which make them easy to follow and understand. Live chat, contact form and email are well managed by the ExpressVPN customer care team.

Despite of having a simple design, ExpressVPN incorporates the most important features for online gaming. The features include:

The following are the plusses of using ExpressVPN for gaming:

ExpressVPN offer you with three pricing plans demonstrated below.

The payment methods allowed by ExpressVPN include: 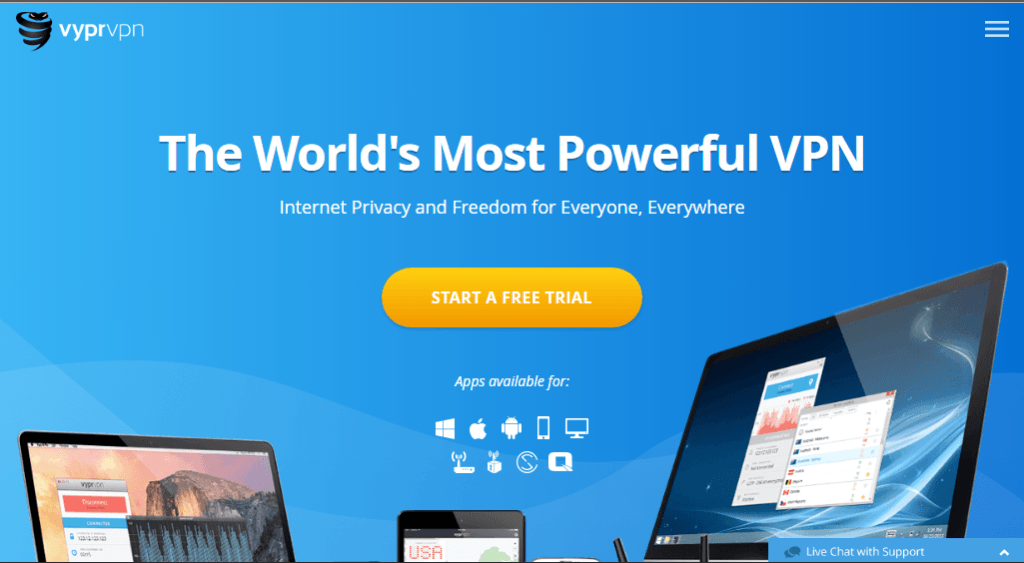 VyprVPn is arguably the fastest VPN in the market. They run 700 plus servers in over 60 countries.

It uses Tier-1 network and they operate on their own server infrastructure across the world. Due to the high connection speeds there is very minimal lag which makes this gaming VPN ideal for online gamers.

VyprVPN servers are located near the main gaming servers and redirecting through their high speeds servers they manage to low ping and an awesome gaming experience.

Once you are connected with the VyprVPN, your IP address is hidden thus protecting your device from DDoS attacks. In addition Vypr gives to you a free NAT firewall that blocks all unwanted traffic from your device.

Gamers should take advantage of the 3-day free trial provided by VyprVpN. 3 days is enough time to test their servers and make a decision.

The payment methods available for VyprVPN: 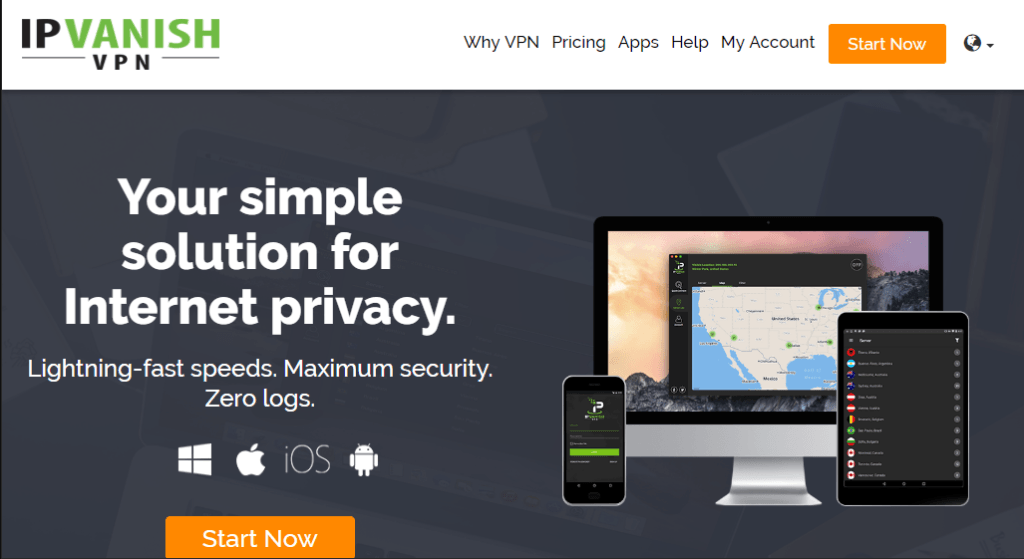 Just like VyprVPN, IPVanish uses Tier-1 VPN network which is so optimized that eliminates stream buffering when playing videos or online gaming.

This company claims to be using Top Tier Virtual Private Network provider, self-satisfied by over 500 servers in more than 60 different countries.

IPVanish provides its users with more than 40,000 unique IP addresses. This way a gamer can be sure of being secure from DDoS attacks.

The IPVanish VPN software is updated regularly to ensure that they keep improving their service to customers. This gaming VPN is an excellent choice for a gamer since, besides from the high speed, the connection is exceptionally stable thus delivering a no lag gaming experience. The IPVanish service also include a NAT firewall.

In addition to the excellent service, IPVanish keeps no logs of the users activities. The company utilizes a decent level of encryption being 128- and 254-bit.

Every gamer gets time to test the software before making a decision. IPVanish has a 7-day money back guarantee.

The following facts make IPVanish a good choice for gaming:

The IPVanish pricing plans are demonstrated below:

NordVPN is one of the best VPNs in the market. It is based in Panama which is a great advantage since it’s outside the direct reach of NSA and GCHQ.

The VPN boasts a big number of servers with 780+ locations in 58 countries across all the continents excluding the Antarctica.

NordVPN is the only VPN that has the ‘double encryption’ feature. This a second level encryption of data which reinforces the security of your data.

Other features offered by NordVPN include:

When using NordVPN as a gaming VPN, It allows you up to six simultaneous connections, has a DNS leak protection and double VPN option.

Also, it has a strictly no logs policy meaning NordVPN stores no infoamtion about the users activities.

The payment options available for NordVPN:

Today the 4096 bit key certificate is also available. Besides their enhanced encryption technology they also provide fast connection speeds plus they have a strictly no logs policy. These plusses make the VPN ideal for an online gamer.

Iron Socket VPN operate more than 50 servers across 36 countries in the world. This might sound as a very little number but the servers are sufficient for most gamers.

Iron Socket VPN is relatively cheap as compared to other VPN providers, but their service is incredibly of good quality. Unlike other providers, Iron Socket VPN does not allow free trial time, instead they have a 7-day money back guarantee. Sound good, right?

Here are a few of the outstanding features of Iron Socket VPN:

The following facts make the Iron Socket VPN ultimate for a gamer:

Below is an illustration of how much the Iron Socket VPN service will cost you.

The number of threats to all online activities including online gaming is extremely high, especially the very common DDoS attacks.

It is therefore extremely important that online gamers should consider the use of a VPN service. As outlined before a VPN not only secures your traffic but also improves your gaming experience by providing you with high connection speed. On top of that a gaming VPN lowers the ping and reduces the amount of lags.

It is the nature of life that everything is not good enough for everybody. Different VPN provider will promise top connection speed, others ultimate security.

For this reason we recommend you to weigh the pros and cons for each VPN from the list before making a final decision. All the VPNs either have free trial time or money back guarantee, it’s important to test them all before purchasing.

previous
What Is a VPN Tunnel?
next
NordVPN vs ExpressVPN